Yesterday on the way home from the post office, we came across this beautiful bird in the middle of the road.  I instantly knew it had been hit, but didnt realize it was still alive until we drove past.  So I told James to turn around so we could get him out of the middle of the road before he got hit again.  When I went to pick him up, I saw blood, and he didnt attempt to move, so I thought it must of been pretty bad.  I scooped him up, and unknowing to James, brought him back to the car with me to take home.  I was worried if I just moved him to the side of the road, he would straggle back there, and I felt in my heart that if he did die, I wanted to be able to send him off with love.  I didn't know if it was the right thing to do, but my heart told me it was, with the best intentions. 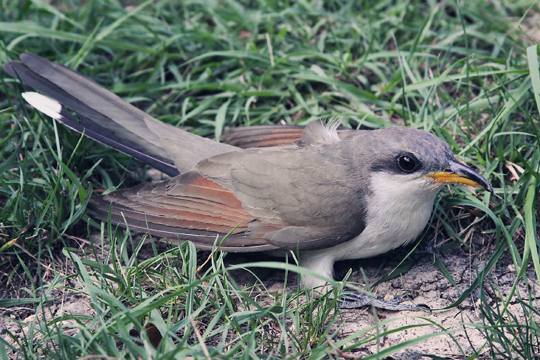 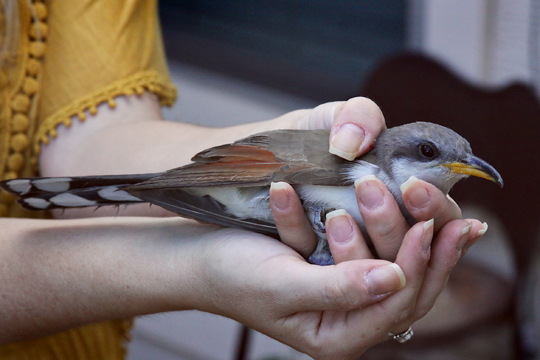 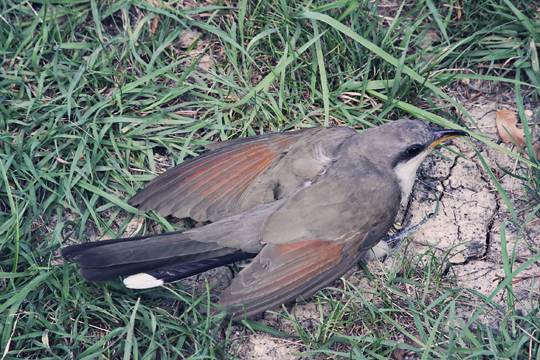 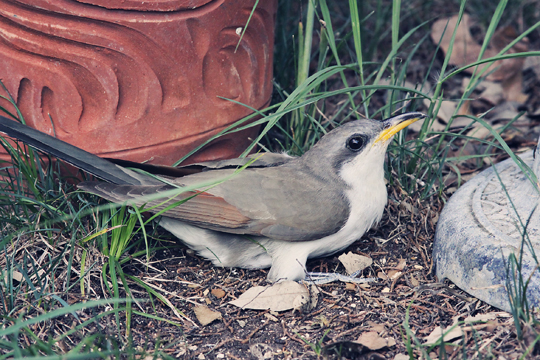 After we brought him home, I sat him in the grass to see if he would try to move or fly.  For a while he just sat there.  But luckily, when I went to move him, it hopped.  Then it hopped a little bit further.  Then it mustered up the courage to hop up onto a little low branch... After sitting for a moment at each step it made, it would venture a little further, until finally it flew up into the tree!!!  Here he is below up in the tree.  After sitting and recouping for a long time in the tree, it flew off!  I was sooooo happy to know that he made it, even if he was relocated.  If I had left him in the road, he would surely not be with us today.  Ive never had such an up close personal experience with a wild bird before.  I talked to it alot while it was up in the tree.  I told it to please come visit me... although, Im pretty sure I wont be seeing him in my backyard.  Cuckoos like to remain hidden in the woods.  But I would be delighted if he did!!! 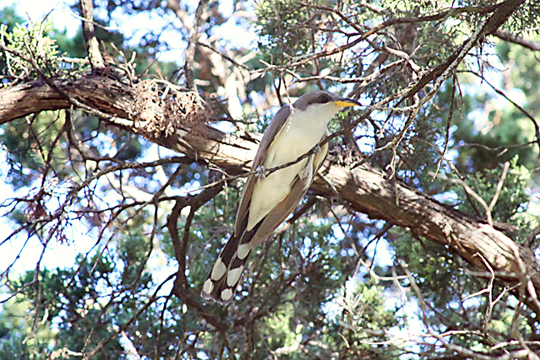 Since we are currently studying animal spirit guides in the Intuitive Heart Sanctuary, I definitely saw this one as a sign.  I usually do anyway, since I feel such a connection with animals... but evermore so this time.  It was very interesting to read about this particular bird and its meanings, especially knowing the cuckoo is a close relative to the roadrunner, whom came to me preceeding my dads death. The fact that this little birdy made it out alive, and its a yellow-billed one, not a black-billed one, tells that it came to show me a new beginning, not an ending this time.  Im curious to see how this unfolds.  I feel blessed to have met him yesterday.

at 8:42 AM
Email ThisBlogThis!Share to TwitterShare to FacebookShare to Pinterest

Thank you so much for your sweet comments!